9020
Admin
posted on 1 month ago
41
views
Mel Blanc, ″The Man of A Thousand Voices,″ including the legions of Looney Tune stars such as Porky Pig, Daffy Duck, Tweety Pie and Bugs Bunny, died in 1989. He was 81. His son Noel Blanc is auctioning off his prized possessions.

Mel Blanc, known as "the man of 1,000 voices," collected everything he got his hands on during his decades-long career in Hollywood.

And now, his son Noel Blanc is auctioning off his prized possessions.

The voice actor, who starred as Porky Pig, Daffy Duck, and Bugs Bunny – just to name a few – passed away in 1989 at age 81. In his lifetime, Blanc estimated he had mastered at least 900 different accents and dialects during a career spanning more than 50 years. He was also the originator of such lines as Bugs’ ″Eh, what’s up, Doc?, ″ Sylvester the Cat’s ″Thufferin’ thuccotash,″ and Porky’s ″Th-th-th-that’s all, folks." At the time of his death, it was estimated that more than 20 million people heard his voice daily.

On Friday, over 140 lots will be presented by Julien’s Auctions in Beverly Hills, California. All the lots on offer were consigned directly by Blanc's only child, Noel Blanc, a fellow voice actor. Some special pieces include a 14K gold money clip gifted to him by lifelong friend Jack Benny, signed contracts for voicing Bugs, numerous awards and even passports, among others. 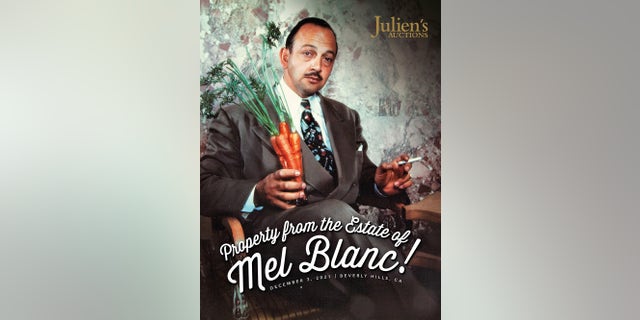 Noel spoke to Fox News about what it was like growing up with the Looney Tunes icon, how Bugs saved his life, as well as what his final years were like.

Fox News: What’s it been like being a part of an auction like this one?
Noel Blanc: it’s spectacular for us because Mel collected everything *laughs*. He never threw anything away. So we had his passport, old credit cards, every license imaginable… When I went to the garage, I just found stacks and stacks of things from over the years and I just didn’t know what to do with them. I called Julian’s and they came over. And they thought it was perfect.

Fox News: Everyone recognizes your dad as "the man of 1,000 voices."
Blanc: He was the only voice in Hollywood that was called upon to do cartoons. He did all the characters for Looney Tunes except Elmer Fudd. But when [voice actor] Arthur Q. Bryan died, he did that too. And then he did plenty of things for Hanna-Barbera. The list goes on and on. And every single character made him excited. And we’re talking about 1,500 voices. 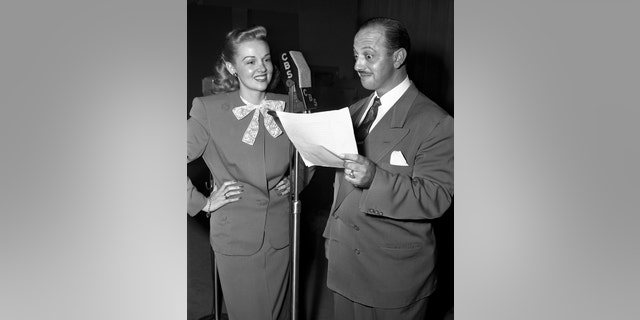 Betty Rhodes and Mel Blanc entertaining listeners on the radio, circa 1946.  (Photo by CBS via Getty Images)

Fox News: When did you first realize that your father was different from other dads?
Blanc: When I was a little kid, people used to come up to the door all the time and say, "We want to meet Bugs Bunny." Sure enough, he would go to the door and start doing all these voices. He would bring wonderful cartoons and comic books home and just start reading them to me. He would read the funny papers and try out all the different voices for me as if I was watching them on TV.

I have to say, it was an amazing childhood. He was such a wonderful dad and a loving husband to my mom, who was terrific too. He was never Mr. Showbiz. Whenever people came to the door, he would take time out of his day and do all the voices they wanted. Every single kid in the neighborhood knew him and they would bring their friends along. He would sit out and just become these characters. On Halloween, we would get thousands of kids at the door. And this never stopped. He didn’t stop. I remember I would come home from school and there were kids already waiting for him with their friends. 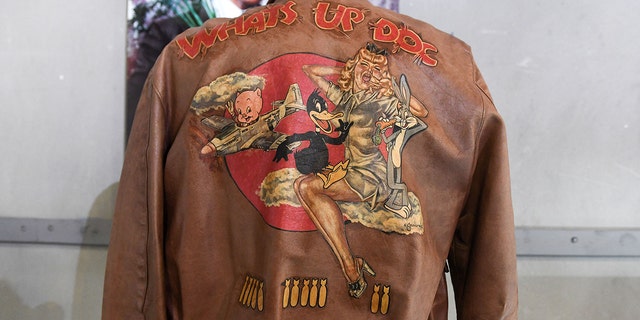 He loved music, so he was always playing it at home. He had a perfect pitch. At the time, he was Capitol Records’ biggest artist – bigger than Frank Sinatra. All these kids just wanted to hear the cartoon voices. I went on to work with him after I went to college and went through the army. We worked together for 30, 35 years. 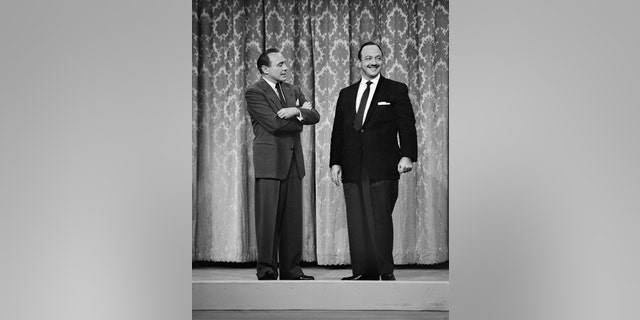 Jack Benny and Mel Blanc on ‘The Jack Benny Show,’ circa 1955. (CBS via Getty Images)

Fox News: Where did he get the inspiration for all these characters?
Blanc: It was all his imagination. They would show him a picture of a cartoon character and a storyboard. And he just let his imagination go free. Like for example, Daffy Duck was always in the water, so he was always spitting out water. Sylvester was a cat who was always salivating to catch Tweety. So he always sounded like he was salivating. Tweety was a small little bird. For Bugs, he said the toughest characters are from Brooklyn and The Bronx. So he put both of those accents together. For Porky Pig, he wanted his speech to almost sound like the pigs he saw on the farms. So he developed all of these amazing characters from observation.

Fox News: Your father had a horrible accident in 1961 at age 52. What happened?
Blanc: He had just finished a recording session in San Francisco. They loved these 10-second commercials, so he did a ton of those. He had another recording session in Hollywood. He was driving. He usually called as soon as he got to his location, but my mother didn’t hear from him. It was very unusual of him not to call. She got very upset. I was at a friend’s house at the time and she called the police. She then called me and we both immediately went to UCLA.

A college kid smashed into him straight-on. This was dead man’s curve on Sunset Boulevard. He broke every bone in his body. He was in a coma for 14 days. The doctor would call out his name. No response for 14 days. Then the doctor got an idea because the television was on endlessly in his room. And sure enough, Bugs Bunny was on. So finally, he said, "Bugs, can you hear me?" Believe it or not – and I was there with my mom – he responds in character, "Yeah, what’s up doc?" I was stunned. He recuperated and even took on jobs while wearing a full-body cast. And he lived for another 30 years. 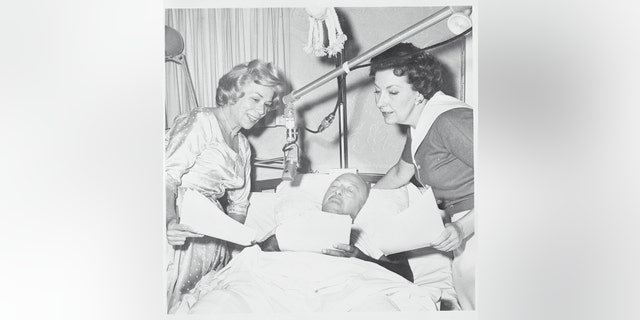 Mel Blanc was critically injured in an automobile accident. During his recovery, he kept busy with his voices. This photo shows him recording the voice of Barney Rubble with Jean Vanderpyl (L) and Bea Benaderet - the voices of Wilma Flintstone and Betty Rubble - on ABC-TV's ‘The Flintstones’. (Getty Images)

Fox News: You also do voices. What did your father think of them?
Blanc: He was always proud of me. But my interest has always been in writing and directing. He could 1,500 voices and I could do maybe nine. But we’re all copies at this point. No one can do what he did. He was an amazing actor. He not only invented all these characters, but he completely transformed into them with his body. He would look like a little bird and Bugs Bunny. He was a true method actor. He loved his characters and fans. And his ageless characters are just as popular now as they were decades ago.

Fox News: How did your father feel about his success in Hollywood?
Blanc: He just kept busy right until the end… He fell out of bed. We did a commercial together that day and the hospital forgot to put the bed rails up. He fell out of bed and broke his femur. That caused an embolism to the brain. And he lost his life that way. If it weren’t for that, he would have kept doing voices because that’s what he loved to do. We enjoyed working together and I enjoyed directing him. But he didn’t take many directions because he always knew what he was going to do. 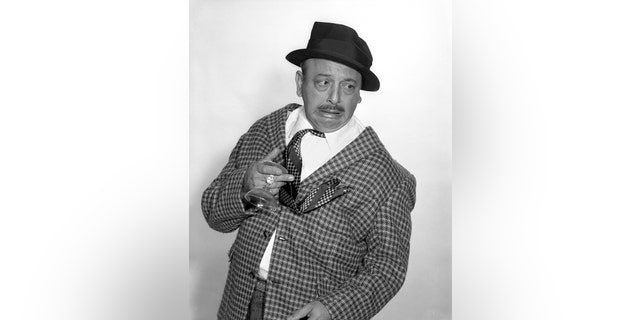 Fox News: What do you hope fans will get from Mel Blanc’s life and legacy?
Blanc: Well, his legacy is never-ending because the characters don’t age. That’s the wonderful thing about it. He was the only one that did these voices for so many years. He’s one of the most amazing talents who ever lived. And I’m not just saying that because I’m his son. He represented so much more than just a movie star. Everyone grew up with him and I think his characters will certainly live on forever. 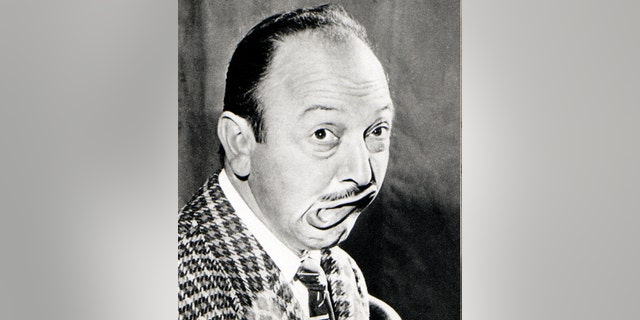 Mel Blanc was the originator of such lines as Bugs’ ″Eh, what’s up, Doc?,″ Sylvester the Cat’s ″Thufferin’ thuccotash 3/8,″ and Porky’s ″Th-th-th-that’s all, folks." (Getty Images)

He had this little cabin at Big Bear Lake that was built in 1945. He loved it up there. He used to take his megaphone and talk to the tour boats. Boats would show up every day, up to five times a day, just to hear the characters. People still remember those voices and it’s just terrific. I also remember when my father received a prize at a ceremony. When he came to get his award, every single person stood up. Later that night, I asked him, "Dad, did you notice anything?" He said, "No." And I said, "You were the only one who got a standing ovation." And he didn’t even realize it. That’s just how he was. He came to work, did his voices and left. And yet the whole world fell in love with him. He was a star to everyone, but to me, he was a loving, wonderful father who just wanted to make people happy.